Until the recent years, there was a low demand for people with programming and IT skills. However it is drastically different now. In the present day, technology had advanced to the point whereby most people probably own a smartphone. We are currently living in a world where computers are found nearly everywhere and most objects are now connected to them. For instance, smartphones are the amalgamation of computers and telephones, Google Glass are the combination of computers and glasses and smart watches are the union of computers with wrist watches.

It is not difficult to envision that in the future, all objects will eventually be associated with computers. Many organizations and well known figures often quote that the era whereby every object is controlled by computers is dawning upon us. Even now, it is said that there exist one computer for every person. However, let’s not forget that it is programming that fuels the computers.

According to a study, 1.4 million programmers are required by the year 2020. However, it is predicted that based on the current pace, there will only be 400,000 programmers when 2020 arrives.
In other words, there is a shortfall of 1 million programmers! Faced with such a critical situation, many people have realised the importance of programming.

ProIT Computer Education is the pioneer in IT education since 2010. We have helped build the careers of 4000 students to achieve their dream career in IT.

ProIT Computer Education prepares students to be a part of this growing industry through its courses, technologies like Android, iOS, PHP, Oracle & various placement assistance activities.

ProIT Computer Education offers a variety of courses - technology courses for IT students, career programs for students wanting to enter the IT sector, certification courses for IT professionals to enhance their career. 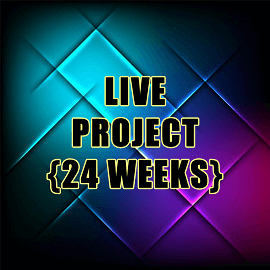